Getting to attend Synergy 2016 is one of the perks that accompanies being a CTP.  You also have responsibilities that come with this but I’m finding the perks seem to outweigh them!

I joined Red Hat last week and I think I’m the only Red Hatter here (I get weird looks with my hat but that’s on purpose).  Citrix is heavily aligned with Microsoft, Microsoft announced Red Hat on Azure and there has always been interest in VDI with Linux.  That being said, I get to come to Synergy as more an outsider than ever before (instead of from the customer or partner side).

CTPs have quite a few meetings lined up when they come to Synergy that start 2 days earlier than the kickoff.  These meetings are no joke and I got plenty of warnings about pacing myself.  They started at 8am promptly and continued to about 7pm two days in a row with few breaks.  The topics are intense and interesting and it’s easy to get overwhelmed.

The meetings are generally with the Citrix product teams and we get to learn and give feedback to new releases, ideas, successes and failures.  Each team is different in terms of how they operate.  I can’t go into too much detail but Citrix is very interested in improving their feedback loops and ensuring that products developed have purpose instead of just throwing things over a wall and surprising people.  This is a good move as it allows a lot more trail and error, and a lot less of “what the f is this thing?” when something in announced.  This is definitely the primary interest I had with my CTP meetings, in addition to the awesome company!

This year I’m not speaking at a breakout but doing some other activities.  I’ll be at the Synergy Showdown #XAonAzure with my team, the Village Idiots, along with Esther, Jarian and Paul from the CTP team.  We will be taking on the wily dutch team but our secret weapon hails from the Netherlands (Esther) so we are a lock in to win 😉 !  I will also have a few match.geek sessions if you want to hear me blather on about whatever you want and I’m hosting the education tech chat tables (except for today, Tobias will be doing Tuesday’s due to the showdown).

Today was fun, I got to sit at the bloggers table and get super secret early access the the keynote.  Esther even got me a front row table seat and the view is spectacular.  If you don’t think a CTP has perks, you’re mistaken and this is one of the best perks I’ve ever had.

If you’re here and want to connect, let me know. You can look for a dude wearing a red hat (literally) and it’s likely me or DM on twitter or the Synergy app. Looking forward to the rest of the week and running into old friend and making new ones! 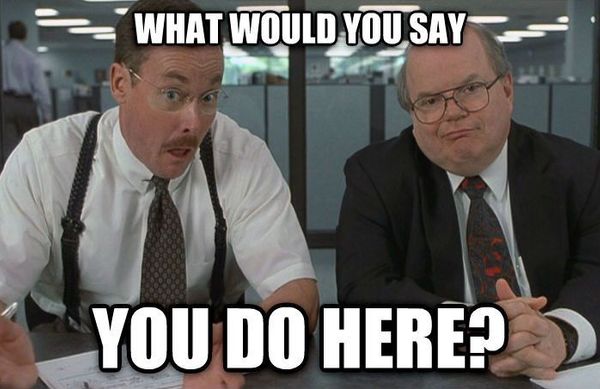 How do you explain what a solutions architect does?

I recently joined Red Hat on May 16th and spent a few days in Raleigh at orientation.  I can’t think of a time before that I felt as good a fit as

Thoughts from a Solutions Architect
—
Citrix Synergy as CTP
Share this